Many kids dream of horses, but Una Ford pushed her dream into reality. In sixth grade, she marched into the local bank and cosigned a loan with her grandpa, Bill Young, to buy her first six horses: three broodmares and three weanling stallions. That drive, determination and clear vision helped grow Treasure State Quarter Horses into a thriving business. 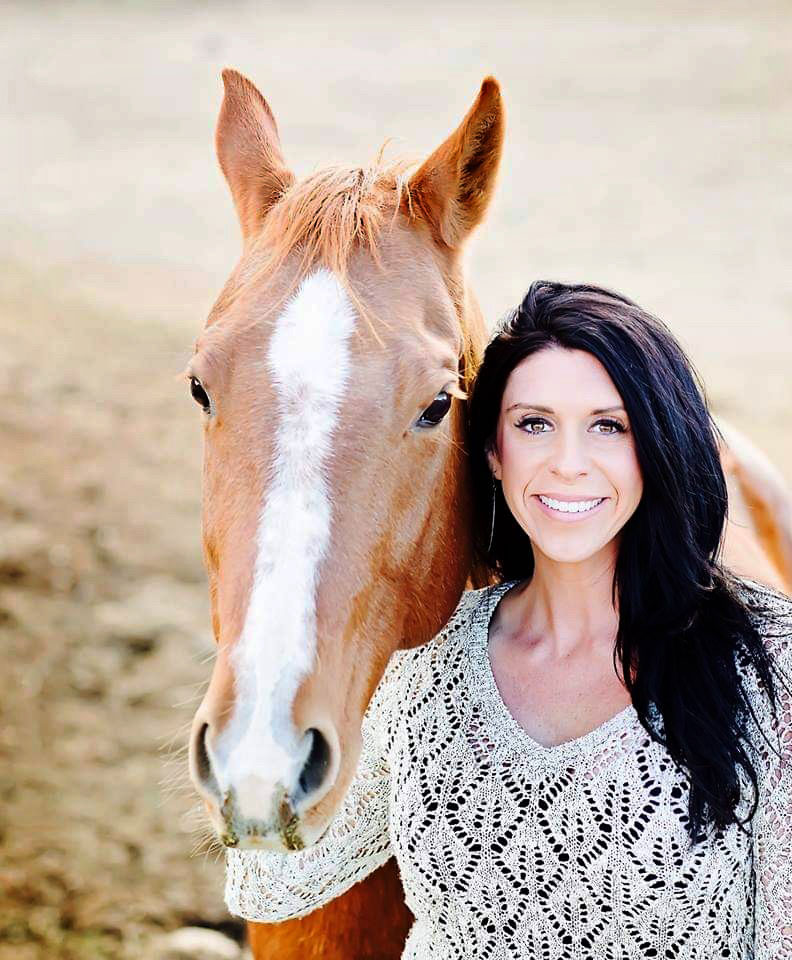 “There is so much access to information out there that it can be overwhelming,” says Crystal White, a nutrition consultant with CHS for 13 years. “It’s my job to talk with horse owners to let them know I am here to help them manage through issues.”

Nutrition consultants are always learning, White says, through online classes, talking with suppliers, tapping into the expertise of CHS animal nutritionists and attending educational sessions like Payback University, which CHS offers each spring for feed dealers and nutrition consultants.

“You can have the best horses in the world, but if you don’t feed them right, you can ruin a horse,” White says. “You want to get that nutrition dialed in.”

Una and her husband, Todd, operate Treasure State Quarter Horses with Una’s parents, Ted and Barb Crowley, in the Bear Paw Mountains, about 30 miles south of Havre, Mont. Una comes from a five-generation cattle-ranching family with a rich history in Montana.

“I guess I am a black sheep in the family,” she says. “Everyone else was raising cattle, but that was not me at all.”

“Bill was a well-known and respected horseman in this area and throughout the Bear Paw Mountains,” Todd says. He raised proven cow horse broodmares that built the base for today’s Treasure State Quarter Horses bloodlines.

But it was a close neighbor who helped Una see her horse passion as something more. Barbara Cowan owns Cowan Select Horses. Una started working for her at the age of 13 and Cowan is now a close friend and mentor.

Quality from the Start

Una had a great supporting cast as she began to build her herd. Cowan taught her about horse care and the importance of pedigree, genetics, nutrition and feed. Bill supported her dream, and Una’s dad drove her around to pick up the animals that became the start of her herd.

“Good horses were central from the beginning,” Una says.

Todd, who grew up in Havre and describes himself as a “city kid through and through,” joined the operation after he and Una married in 2000. They met through Cowan Ranch, where Todd worked. He credits Cowan with introducing him to horses. She had a trainer and allowed Todd access to that trainer whenever he had questions.

Once Todd met Una, he realized he needed to learn all he could about horses.

“I’ve been really lucky to have come across people whom I’ve been able to watch. They’ve always brought me along, influenced me and helped me to get better.”

Treasure State Quarter Horses now breeds about 45 mares every year. Those 45 mares are bred by three stallions. About 35 to 40 foals are sold every fall.

Una is a registered nurse at Northern Montana Hospital in Havre, while Todd works on the ranch full-time. Their daughters, Maisie, 13, and Ashlyn, 12, are a huge part of the operation. The girls followed their mother’s lead, purchasing their first broodmares last summer. Todd and Una cosigned the bank notes.

“We wanted to make sure the girls were starting out with animals we would buy ourselves,” Una says.

“There are so many phenomenal horses out there,” Todd adds. “If they are going to do it, they need to do it right.”

From left, Todd and Una Ford operate Treasure State Quarter Horses in the Bear Paw Mountains of Montana with their daughters, Maisie and Ashlyn, and Una’s parents, Ted and Barb Crowley.

That philosophy threads its way through everything the Fords do with their operation, from genetics to nutrition, and brought them to Equis® feed, a line of horse feeds from CHS.

About six years ago, the Fords wanted to change up their feeding program. Their local feed dealer got them in touch with Crystal White, the Equis feed representative in Montana.

“Crystal was extremely helpful from the get-go,” Una says. “She was knowledgeable and knew right away what would work best for us.”

White looked at the Fords’ horses, viewed the types of forages available to them and came up with a feeding recommendation that would work for the entire operation.

“Our program is very diverse,” Todd says. “We have weanlings up to 2-year-olds, broodmares and stallions, and performance-bred rodeo horses. We needed a feed program that would cover that wide spectrum.”

Treasure State Quarter Horses feeds a variety of Equis products: Element, Generation and Golden Senior. They supplement with rice bran and feed Daily 35 to many of the weanlings. They also feed HorsLic Omega Elite tubs, a New Generation Supplements brand that partners with Equis.

Success in the Arena

Treasure State Quarter Horses has sold horses from coast to coast and border to border as barrel racers, roping horses, cow horses, ranch horses and mounted shooters. They’ve even had inquiries from overseas. Much of their success is because Una, Maisie and Ashlyn compete in barrel racing, both amateur and pro. People in the industry see their success and that translates into sales. But Una says they have a secret weapon.

“The girls and I couldn’t compete without Todd,” she says. “To compete at that level, you have to have someone who can help you start and then fine-tune.”

That’s Todd’s role. He rides and trains the six horses in the rodeo trailer daily while the girls are at school and Una is at work, which included many hours over the winter administering COVID-19 vaccines. Todd oversees foaling in the spring and makes sure the horses are healthy and thriving. The girls and Una help when they can, pitching in with halter-breaking, training and riding colts.

“Every day, every year, we are thinking about how we can make our herd better and stronger,” Una says.

Una’s vision from middle school has come full circle as she and Todd bring their daughters into the horse business. They hope both girls will continue Treasure State Quarter Horses into the next generation.

Check out the full C magazine with this article and more.